At the passing away of Shrimath Keshavendra Thirtha of the Kashi Math Samsthan, Shrimath Upendra Thirtha became the third head of the Math Samsthan. Widely travelled from Kashi to Kochi at a time when travelling facilities were not as fast or convenient as now, the Swamiji had purchased some land on 25th May, 1622 in Kashi to enlarge the Math premises. A copy of the sale deed (Document No.4) (Kannada translation of the Persian original) translated into English (by the present author) is given below.

This day an honourable gentleman named Jagadisha Rawat, son of Vishwanatha Rawat, son of Narayana Rawat in the administrative town of Banaras being present makes it known that a house with a hall having a wooden ceiling in the west and a similar one in the north, with a courtyard, whose length is 17 1 /2 yards (east west) and whose breadth is 11 yards (north-south) is situated in the Durga Ghat within the Banaras town, and bounded by four –

North – adjoining the residence of the said Upendra Thirtha. South – by the side of the Durga Ghat. With all the rights and appurtenences, which was in the ownership and possession of my father, Vishwanatha Rawat. After his death, all these rights and the said property have been inherited by me, his only son. Therefore till today I am the sole owner of the said property. The sale price of the said property has been fixed as Rs .145 (Rupees one hundred forty five only) by Sineek Mistry. Now I have sold the said property by sale truly, validly, appropriately, free from ambiguous meanings without deceitful desire, without conceit and without force and without unwillingness to Upendra Thirtha, the owner of the plots adjoining in the east and in the north for the said price, as approved of by the said Mistry. The two parties (the buyer and the seller) have exchanged the said amount and the said property. The responsibility of any loss which might be incurred with respect to this sale shaH rest with the seller. These proceedings took place in the presence of trustworthy householders on the said date. 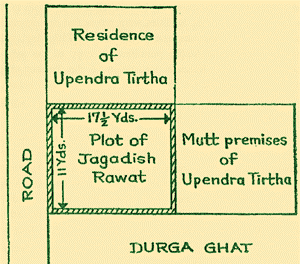 Fig. 3 Plot purchased by Upendra Thirtha from Jagadish Rawal in Banaras (Document No.4)

Another document (No.8) (dated Sunday 20th November, 1625) regarding the purchase of another plot from the same Jagadisha Rawat by Shrimath Upendra Thirtha, states as follows:

A respectable person, known by the name of Jagadisha Rawat, son of Vishwanatha Rawat, son of Narayana Rawat in the administrative town of Banaras being present makes it known that a house with a hall with a wooden ceiling facing the east and a courtyard whose width is 13 yards (Ilahi Yards·· Ziras) and length 30 yards and a second portion with length 18 1 /2 yards and breadth 11 1 /2 yards situated in the Brahma Ghat within the said town and bounded on the four sides as under : ..

East – the bank of the river Ganga. West – adjoining channel.

North – adjoining the residence of one Smt. Shanvai and the Paya Ghat.

South – by the side of the famous Durga Ghat.

With all the rights and appurtenences and with all the small and greatest which is in it, or form it, which is in my ownership and possession. No one has any right to the said property. The sale price of this property has been fixed by Seni Mistry as Rs.525 (Five hundred and twenty five rupees) half of which is Rs.262 1 /2 In the hands of Upendra Thirtha, son of Soir Bhat, son of Marthu Bhat, a southern Konkani, 1 have sold by sale truly, validly, appropriately, completely, free from ambiguous meanings, without deceitful desire, without conceit and without force and without unwillingness and the said buyer to the within seller for the said price. The two parties (the buyer and the seller) have exchanged the said amount and the said property. The responsibility of any loss which might be incurred with respect to this sale shall rest with the seller. These proceedings took place in the presence of trustworthy people on the said date.

According to a third document (No. 23), the same Jagadisha Rawat sold another plot (Krishna Chowk) in Banaras for Rs.150 to Shrimath Upendra Thirtha. This plot is shown in Fig. 4.

Shri Jagadisha Rawat had inherited this plot from his father Vishwanatha Rawat.

After installing the idol, the Swamiji had obtained a letter of authority from his Guru, prescribing the manner in which daily pujas have to be conducted in the temple. A summary of this letter is as follows:-

“Rich Goud Sarasvata Brahmanas of Goa had migrated to Kochi (Goshripur). These were called Mahajanas. You (these Brahmanas) have founded Shri Venkatesha Temple in Kochi. This is a sacred place. In order to protect Swadharma, a committee of 46 people (22 Grihasthas and 24 Vaidikas) was appointed. Also, another committee of 18 members (two trustees – Mhala Pai and Prabhu eight officers and eight Grihasthas) was appointed to look after the daily management of the temple. The Vaidikas should follow Smriti Muktavali, a Vaishnava grantha, given by Shrimath Vijayeendra Thirtha for performing the daily pujas in the temple according to Vaishnava code. The trustees and other members of the committee should ensure that these rules are observed faithfully”.

“Let Goud Sarasvata Brahmanas of Kochi be considered as Mahajanas. As decided by the previous Swamiji (Shrimath Sudhindra Thirtha) the Mahajanas comprise Vaidikas, officers and the rest. These three groups contributed their mite in founding the Venkatesha temple as well as for conducting pujas five times a day and Utsavas. The Vaidikas have to perform the pujas according to Pancharatragama. Let the people perform Jati Dharma, Ashrama Dharma, Havya Kavya Karma etc. according to this Grantha. When we are away on pilgrimage or tour of other places, let the pujas performed by us in the temple be performed by the principal Vaidika, who shall be honoured by presenting Tambul, Dakshina etc., which are due to us. This was ordered by the earlier Swamiji and let it be continued. Let the people follow the injunctions of Ten Granthas – Smritimuktavali, Smriti Kausthubha, Vijnaneshwari, Smriti Chandrika, Nirnaya Sindhu, Parashara Smriti, Karma Siddhanta, Prayoga Darpana, Hemadri Prayashchitta and Kaladarsha. As ordained by the earlier Swamiji, the right to perform the pujas in the temple shall rest with the principal Acharya among the Vaidikas and his heirs. If there are any faults the trustees and officers should consult the Vaidikas and set it right and also perform prayashchitta. We proclaim that if the Acharya is at fault, he shall be appropriately punished by the officers. When we camp at Kochi, the expenses incurred on account of the pujas of Shri Vyasa-Raghupati (Kashi Math Samsthan Deities) shall be borne from the funds of the temple. If there are any orphans in Goud Sarasvata Brahmana community, the temple shall take possession of their funds, if any, and their thread ceremony, marriage and the funeral rites shall be the responsibility of the temple.

“The right of trusteeship of the temple shall be hereditary. If there are any difference of opinion among the committee members (officers and Grihasthas), we proclaim that these shall be resolved at a meeting of the responsible members of the whole community and the temple work shall not suffer. The balance amount from the temple income remaining after defraying the legitimate expenses of the temple shall remain (after the accountant prepares the annual accounts) with the chief trustee. Vaidikas and officers and others shall perform all the duties of the Samsthan prescribed by us. The right of Karmanga (puja etc.) shall rest with the Vaidikas. Income and expenditure, temple management etc. shall be looked after by the officers who shall punish those who err in the affairs of the Samsthan. Thus these two groups shall look after the Samsthan affairs. If there is any difference of opinion among these two groups, it has to be resolved at a meeting of the responsible members of the whole community. At such a meeting, a Shenvi, appointed by the community shall convince all concerned people. If a dispute arises in the community itself, a Swamiji of our Math Samsthan shall be consulted and his decision shall be final and binding”.

Subsequently, the Swamiji left for Kashi, where he initiated his (former) brother’s son into sanyasa, renamed him as Shrimath Raghavendra Thirtha and accepted him as his shishya. Their inter relationships are shown in Fig. 5.

Fig. 5 : Inter-relationship between some Swamijis of the Kashi Math Samsthan.

It was on Kartika Shuddha Shashti of Ananda Samvatsara, Sh. Sh. 1596 (corresponding to Saturday, 24th October 1674) that Shrimath Upendra Thirtha Swarniji attained Maha Samadhi in Kashi. According to a custom, followed in Shree Kashi Math Samsthan, whenever a Swamiji passed away in Kashi, a Vrindavan was not constructed as in other places. The mortal remains of the Swamiji would then be placed in a box made of rock slabs and lowered into the holy river Ganga, who was born of Lord Vishnu’s toe.