Shrimath Varadendra Thirtha was the eighteenth Swamiji of Shree Kashi Math. He had spent ten years in Banaras Matha premises, studying Sanskrit and became a great Sanskrit scholar and authored many compositions in praise of Lord Rama, Lord Krishna and other deities. His poetic genius found expression in wonderful compositions such as Malabandha, Chakrabandha, Nagabandha etc. Some of these are given in Fig. 15, 16 and 17.

Shrimath Varadendra Thirtha had a personality of multifarious activities. He was a patron of fine arts, music and literature. He was a scholar in mathematics, astrology, palmistry and Ayurveda and was an accomplished linguist. He knew Sanskrit, Malayalam, Konkani, Kannada, Tamil, Telugu, Marathi, Hindi, Gujarati, English, Latin, French, Portuguese, Urdu, German and Japanese languages. His was a unique personality, with versatility combined with strength of character. He was an ardent lover of children and reared animals (deers) and birds as pets.

Modern engineering had great facination for him. Mechanical gadgets had interested him. He had repaired wall clocks and time pieces. In order to print the various manuscripts on religious works lying in the custody of Shree Kashi Math, the Swamiji founded a printing press, Sachchidananda Mudranalaya in Basrur. This was in operation for four years. His mastery over the printing craft had amazed the people around him. His efforts in composing, printing and book binding were appreciated even at the Basel Mission Press, the pioneers in the art of printing in Mangalore. At his printing press he composed the entire manuscript of Brahma Mantra Samhita for printing.

The Swamiji wanted to have a central library at Basrur, where he intended to store all the books lying in the various Matha buildings distributed all over India. He planned to construct a building for the purpose. But before the plan was executed, the Swamiji had to visit Kochi and different places in South Kanara district. Thus he left Basrur in 1900. 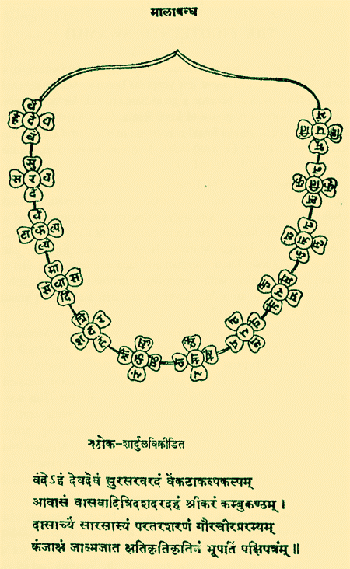 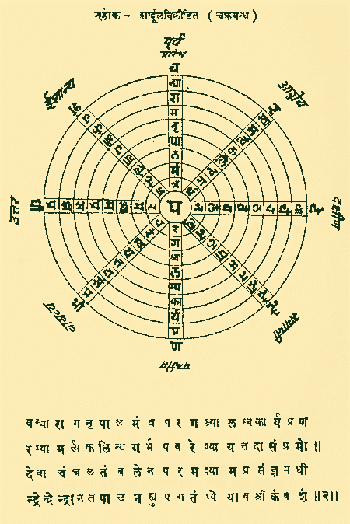 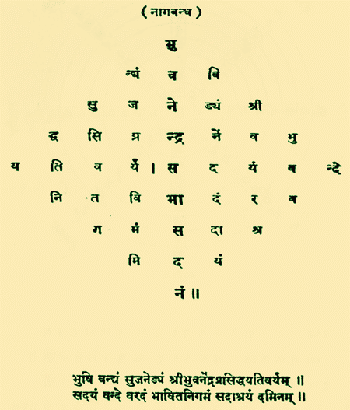 When the Swamiji was camping in Kundapura, he learnt that the telegraphic transmitting machine had gone out of order. Immediately he asked some of his men to bring the machine and he set it right to the astonishment of all.

The Swamiji was very industrious. He had even constructed a loom, weaving narrow width fabrics (ribbons), where religious symbols like Om, Swastika etc. and names of Gods were constructed by weaving, using differently co loured yarns. A half-finished ribbon (uttareeya) was found along with the loom in Shree Kashi Math premises in Bantval, years after the passing away of the Swamiji.

Shrimath Varadendra Thirtha Swamiji performed the installation and renovation ceremonies at various templeS. For example, the installation ceremony at Shri Lakshmi Venkatesha Temple, Udupi was done by him on Vaishakha Bahula Dwitiya of DurmukhiSamvatsar Sh. Sh. 1818 (Wednesday, 29th April 1896). The foundation stone of this temple had been laid earlier by Shrimath Bhuvanendra Tinha Swamiji. The idol of Shri Lakshmi Venkatesha (3 feet tall) was made by Shri Lakshmana Shanbhag, the famous sculptor of Karkala. One of the compositions (Malabandha) of Shrimath Varadendra Thirtha Swamiji has been carved on a rock pillar in the temple.

Some details of the installation of the idol of Shri Venkataramana in the temple in Puttur, South Kanara are available in the Deepa Seva Stuti recited every evening in the temple. A part of the stuti is as follows:

Shrimath Varadendra Thirtha had initiated one Shrinivasa Prabhu of Kochi into sanyasaon Shravana Shuddha Chaturthi of Paridhavi Samvatsar, Sh. Sh. 1834 (1912) and called him Shrimath Sukriteendra Thirtha. This was performed in Tiruchirapalli on the bank of the sacred river Kaveri. Earlier, the king of Travancore had honoured Shrimath Varadendra Thirtha Swamiji after inviting him to his palace and presented him with a gold Vidwan Shrinkhala and an address.

Subsequently, the Swamiji came to Bombay and camped in the Matha premises in Walkeshwar, Banaganga, till his death, which occurred in Ashada Shuddha Dwiteeya of Ananda Samvatsar, Sh. Sh. 1836 (Wednesday, 24th June 1914). His Vrindavan is by the side of that of Shrimath Madhavendra Thirtha, the seventh Swamiji of Shree Kashi Math Samsthan in Walkeshwar.